The Memory Frontier: How NAND Is Enabling a New Era of Tech Innovation

The global shift to remote work has accelerated the digital migration into the cloud and is hastening the age of ubiquitous Artificial Intelligence and widespread 5G implementation. Meanwhile, as obituaries are being written for Moore’s Law – the theory that computing power doubles every two years – a new generation of computational breakthroughs are being enabled by recent advances in NAND flash technology.

A building boom, if you will, is taking place in the design of solid-state drives. This breakthrough is increasing the accessibility of cloud data centers and multi-terabyte mobile devices at a time when remote working situations have made them more important. While Moore's Law led to lower costs for computational power and storage, the shift to cloud computing made bandwidth the most expensive bottleneck to innovation. Now, memory is the frontier.
The first big NAND advance happened a little less than a decade ago with the move from 2D to 3D, which was tantamount to replacing a single-story city block with a multi-story building, increasing capacity in the same space.

At first, that skyscraper was only 32 layers tall. While they became more expensive to make, the benefits were huge: lower cost per gigabit, reduced power consumption, increased reliability, and better data-write performance. It became obvious that innovation in NAND technology could mitigate the limits of Moore’s Law and create new markets, one of which was enabling mobile devices to break the terabyte barrier.

In 2018, SK hynix pioneered 4D NAND by moving the periphery under the array of flash cells (periphery under cell, PUC technology), catalyzing a period of rapid escalation in solid-state drives (SSD) that continues today. At first, SK hynix rolled out 72 layers, followed the next year by a 96-layer charge trap flash design with the PUC architecture. Eight months later, it was 128 layers, which represented a 33 percent increase in the number of layers but a 40 percent increase in productivity and a 20 percent decrease in power consumption.

Next up is 176 layers, but these rapid, if incremental, steps are about to be leapfrogged with further advancements in NAND technology. The 176-layer NAND will increase the number of layers by nearly 40% which, in turn, is expected to have a roughly proportionate effect on productivity and energy efficiency.

The solid-state drive market is expected to grow at a compound annual growth rate (CAGR) of 15.13% through 2023, but the real benefits are expected to accrue through cloud data centers. By making data analytics more accessible to enterprises unable to foot the $10 million to $25 million for their own on-site data centers, next generation NAND could drive economic growth in the next half of this decade, increase capabilities in remote working and distance learning, and enable capabilities in mobile devices that make the first smart phones look like toys.

Major innovations tend to happen at the intersection of possibility, need, and resources. That’s what we’re seeing happen now, as rapid-fire innovations in flash memory are escalating our capabilities with cloud data centers and mobile devices. As Moore’s Law winds down, a new era in flash memory is taking off. All that this growth curve in NAND technology needs now is a good name.

The Next Major Piece in the Sustainability Puzzle: The Global Food Chain

Contactless Technology: A New Normal That Will Outlast the Pandemic 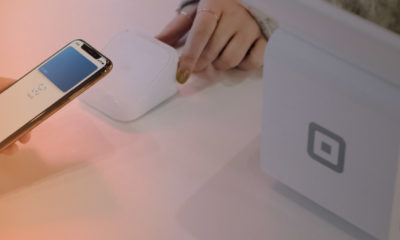 SK Technologies Are Shaping the Future of Mobility 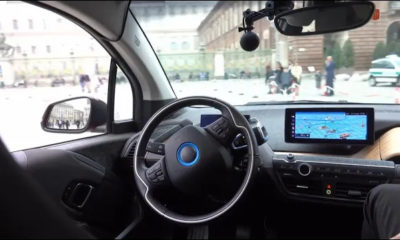